Temple of the Decieved - I'm the Map! 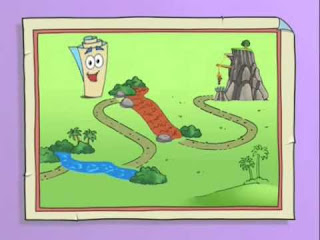 FFG has announced the third adventure pack in the Dream-chaser cycle, Temple of the Deceived.  In this adventure, we see a new take on locations, by using them to make a map of an uncharted island.  I am very excited by this news, as location lock has been a concern since the beginning of the game.  Instead of drawing these locations, they start out in play, in such a way that they make a map you move around and explore.  Only adjacent locations to your active location are considered in the staging area, and thus you have a better idea of what to expect, and not get bogged down by locations. 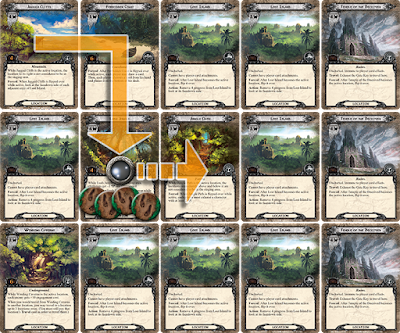 In addition to this news, we got some previews regarding the scout trait, with three different cards.  If these three cards are an example of things to come, I'm very interested to play around with the trait.