The Battle of Carn Dûm

FFG has announced the fifth adventure pack for the Angmar Awakened cycle of LOTR LCG.  In this adventure, the players will be trying to stop a Sorcerer from complete some vile ritual.  We can expect a number of orcs to fight through, before facing the Sorcerer himself. 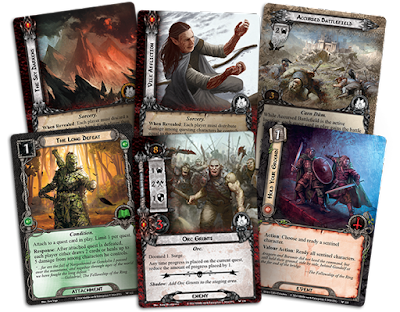 In the preview article, FFG teases a new Dúnedain hero, as well as continuing the Valour trait.  One of the most interesting additions is the new attachment, Favor of the Valar.  For the first time, the players have a card which can attach to the threat dial.  This card acts as a reactive threat reducer, where it only triggers when the player would be eliminated, dropping down to five below.  As mentioned in the article, it falls right into the valour trait, since you have to be at 40 threat to trigger those traits, which is a dangerous level. 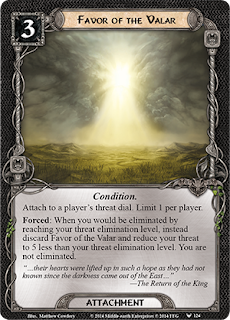 We can expect The Battle of Carn Dûm in stores late third quarter 2015.