Sidetrack - Sentinels of the Multiverse 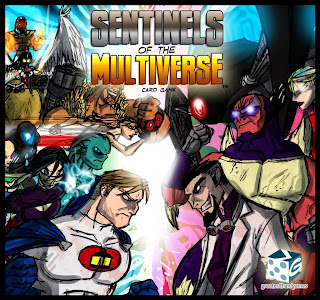 Back in 2011, the same time that Fantasy Flight brought out Lord of the Rings: The Card Game, a small company named Greater than Games brought out their first game, Sentinels of the Multiverse.  The game follows exploits of various superhero teams (Freedom Four/Five, Prime Wardens, Dark Watch) as they fight the villains of their world and beyond. 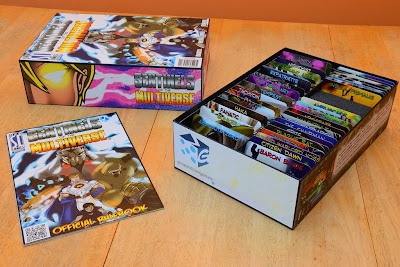 If I explain this game to someone who already knows LOTR, I call it LOTR lite.  It's similar, but simpler at the same time, and this simplicity has its advantages as well as its own drawbacks.  Where as in LOTR, you have to build a deck before coming to play, in Sentinels, each hero has their own deck which is used each time that hero is chosen.  The only customization available is through the promo versions of certain heroes, which allows for different starting abilities, but otherwise they play exactly the same.  Instead of an encounter deck, the players choose which villain they will face, and a location.  These two choices will have their own respective decks.  The locations are especially interesting, as certain locations are more friendly to the players than others.  One of my personal favorites is Silver Gulch, where the heroes and villain have found themselves sent back in time to the Old West, in the middle of a shootout!  The combinations of different villains and locations allows for replayability, but because the players have limited hero customization, certain characters are significantly more powerful than other based on who and where is involved in the fight.
Sentinels of the Multiverse has enjoyed significant success, with five expansions out to date, another due later this year, a handful of mini-expansions, and a spin-off game in Sentinels Tactics, a scenario-based miniatures game. 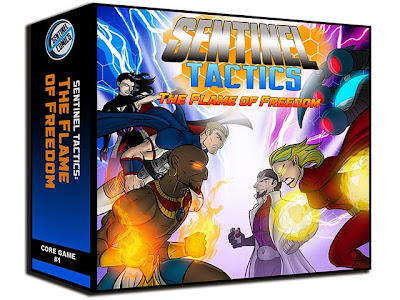 If you're interested in checking out Sentinels, I highly recommend Sentinels of the Multiverse: The Video Game.  Developed by Handelabra Games, this implementation is loyal port of the card game onto your digital devices.  Currently, you can get the base game, a few of the mini-expansions, and the first expansion, Rook City.  Not only is it significantly cheaper than buying the physical version, the video game version takes care of a significant amount of the accounting required in the game.  In the card game, between passive effects, temporary effects, advanced rules, etc, it can be very difficult to catch all the effects that take place, even with all of the tokens included in the game.  The digital edition tracks all of that automatically, for a much smoother experience. 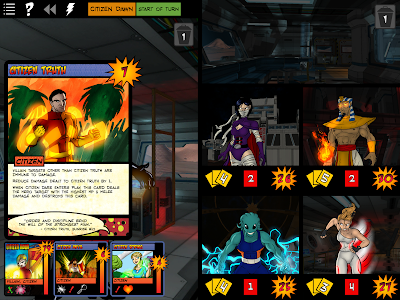 I'd be interested to see who has played this, and what your opinions are.  What's your favorite heroes? 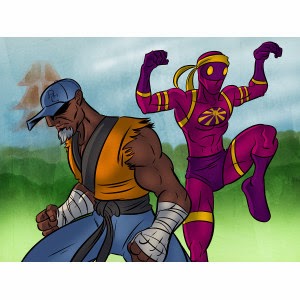 Email ThisBlogThis!Share to TwitterShare to FacebookShare to Pinterest
Labels: board game, sidetrack