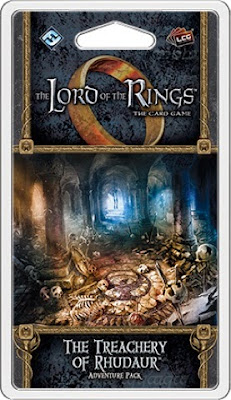 FFG has announced the fourth adventure pack in the Angmar Awakened cycle.  The Treachery of Rhudaur has the heroes leaving the troll-infested lands of Across the Ettenmoors, into the undead lands of Rhudaur.

To really press the side quest mechanic, The Treachery of Rhudaur requires to run through the side quests specific to this adventure.  I can see this as a thematic way to search for your path through this ruined city. 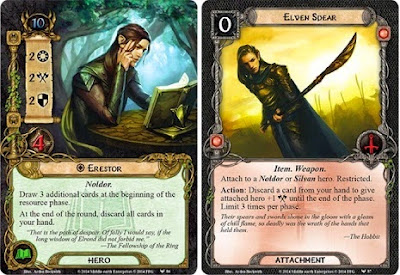 Also included in this AP is a new and powerful hero, Erestor.  We had previously seen Erestor in ally form, where he allowed you to discard a card to draw a new one.  In this case, he allows the player to draw extra cards at the beginning of the round, but at the cost of discarding all cards in hand.  Per Matt Newmann, this sounds like it will be a theme of the Noldor in this cycle, where cards are discarded for various effects, to represent the decline of their people.  I am very interested to see this effect come into play, as it works very well with Eowyn, as well as Protector of Lorien.  Bringing Erestor to a quest such as The Dunland Trap would be interesting, as many of the effects are regardless of how many cards you draw.  We will get a chance to see these cards in the third quarter of 2015. 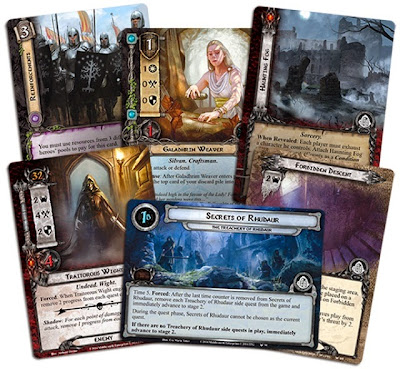