The Land of Shadow

Hot on the heals of Treason of Saruman, FFG has announced the fourth saga expansion, The Land of Shadows.  In this expansion, we return to Frodo's journey to destroy The One Ring.  We see our third version of Fellowship Frodo.  This version appears to be less interested in hiding and more up front action.  In addition, we see a new double-sided card.  Players will face the dual nature of Gollum/Smeagol, where they may be able to fight along side the friendly Smeagol, or have to fight off the vile Gollum. 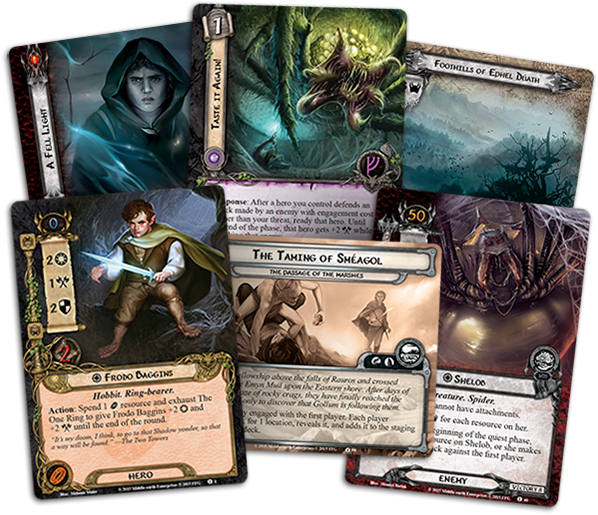 Outside of our new version of Frodo, and his new fellowship card, no news is revealed regarding what other player cards will be.  There is a hint of new ranger cards.  A new Faramir, perhaps?  We can expect more news to come out over the months we have to wait, when this is released in the third quarter.