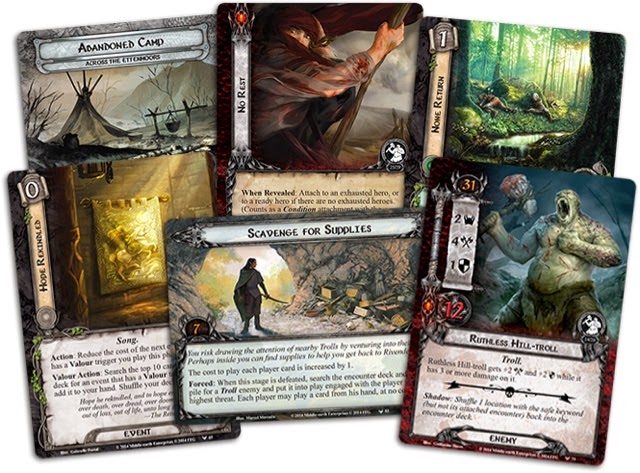 FFG announces the third adventure pack in the Angmar Awakened cycle: Across the Ettenmoors.  In  this quest, our heroes will journeying through the troll-fells, fighting new troll enemies, such as the Ruthless Hill-troll. With 12 hit points, he can be nasty, especially if you can't finish him off in one attack. 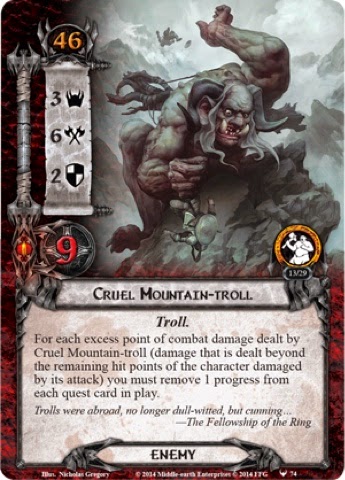 Here, we see a call back to the Hill Troll of the Anduin, except instead of extra threat, we're seeing lost progress. 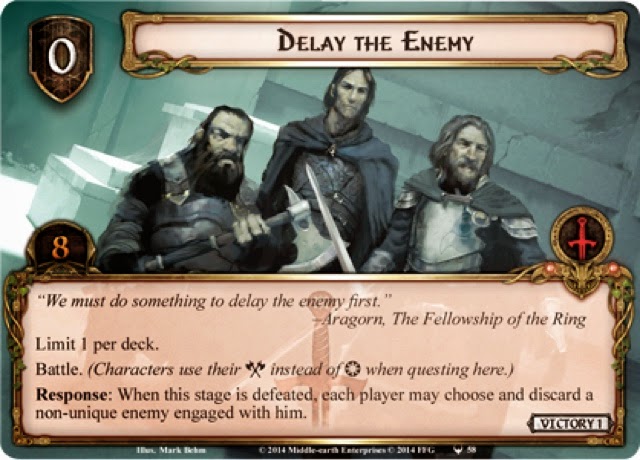 In addition to the new quest, players will also get a new tactics hero, promised to boost defense.  Will this be a new power defender, like Beregond, or will he have a passive defensive boost?  I hope the later, as that should help with the new focus on engagement.  We will also see new signal, mount, and Ent cards.  I am very excited for the new Ent cards, as I want to flesh out that archetype further.  We should expect this adventure pack some time in Q3 2015. 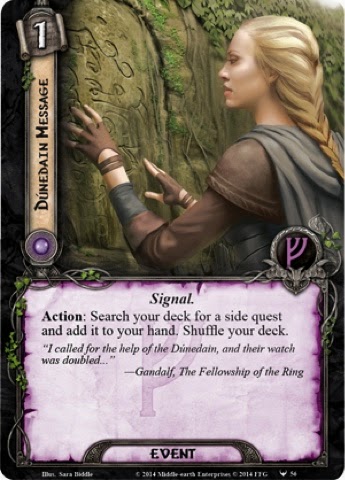